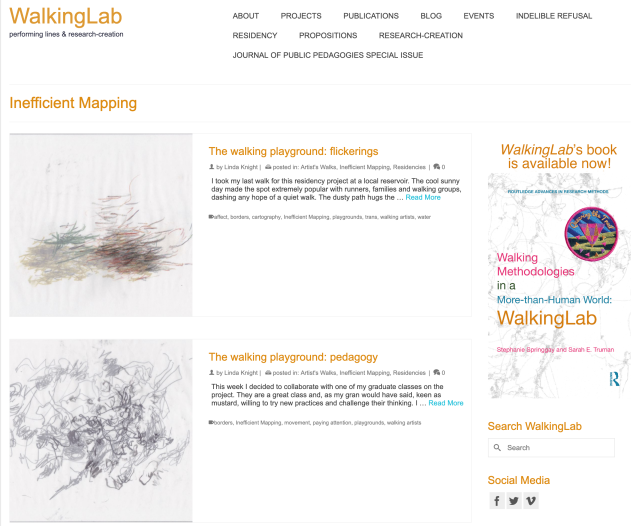 Edges are an interesting concept to consider. Do edges exist? Does everything have an edge, even the atmosphere, or air? If edges do exist, are they sharp, sudden? Do edges sit alongside each other without space between them? What might be between the edge of an object and the edge of air? Ideas about matter are being reconceptualised and ‘things’ are being thought about less as discrete bodies, but as clusters of forces, what Karen Barad (2015) calls ‘transmaterialities’; energy fields of particles moving in times and patterns with lively edges that move back and forth. Barad’s research into theoretical physics exposes how even seemingly inert matter is not dormant or static but consists of particles busily moving and experimenting with possibilities and futures. These theoretical reconceptualisations around matter enable thinking about taken-for-granted notions of how space, structures and forms can be allocated particular purposes.

Playgrounds are static, demarcated architectural sites, however I’m curious about where the edge of a playground sits. Clearly, invisible force fields do not surround a playground so at what point does the playground end?

The residency is located on the WalkingLab research site: